Strong-severe thunderstorms will be possible this evening, especially over western sections of Middle Tennessee and in southwest Kentucky.

Outdoors as of 6:30pm, scattered thunderstorms continue to slide eastward along the Cumberland Plateau.  A Severe Thunderstorm Watch is in effect over our western counties however, until midnight. 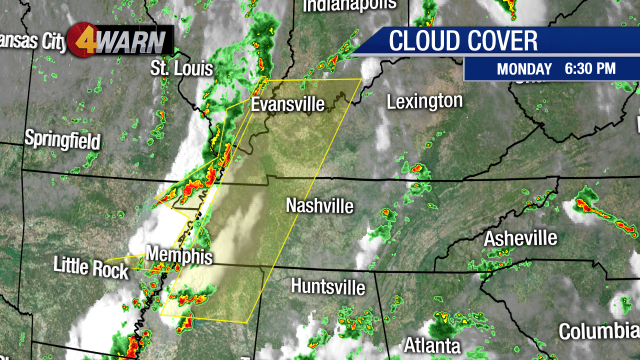 These storms will pass through a warm and unstable airmass over the Mid State this evening, so they’ll they’ll stay potent for several hours.

While the severe threat is highest west of Nashville this evening, a few strong storms could move into Nashville later tonight.  Marginal risk is the least significant, while an enhanced threat reflects the greatest severe potential for tonight. 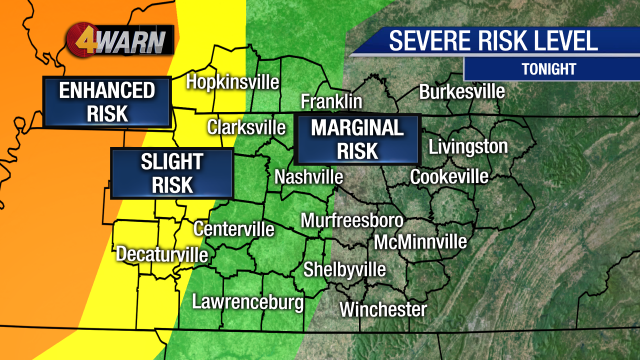 Storms will be most likely in the Mid State between 7pm and 1am.  Damaging wind gusts will be the primary threat.

Here’s a look at FUTURECAST.  Notice some of the most intense storms should parallel the TN/AL line this evening.  Very powerful thunderstorms are also likely during the mid evening over southwest Kentucky. 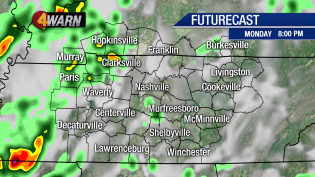 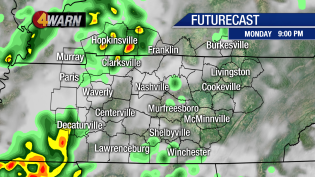 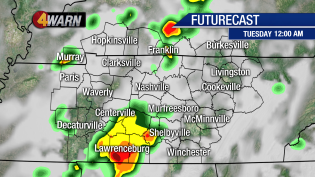 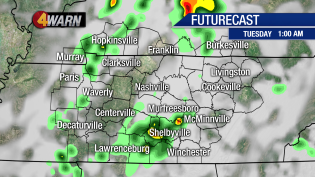 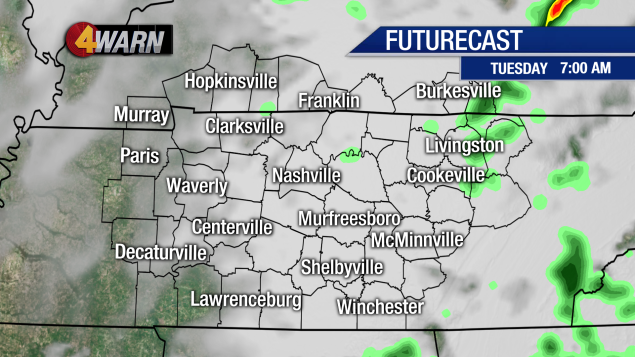 Be sure to keep tabs on the weather with Lisa Spencer this evening.  She’ll provide live updates as needed on News4, social media, and on News4 at 10pm later tonight.