More Rain on the Way

After scattered showers and thunderstorms across much of the Mid State on Monday, more is on the way for this afternoon and tonight!

As of 2pm, Real Time Red Radar showed spotty light showers south of Nashville with a few downpours developing over West Tennessee and near the Cumberland Plateau.

Temperatures were reasonable, due to more clouds than sunshine.

Humidity was high however, making for a feels like temperature several notches higher than the actual air temperature. 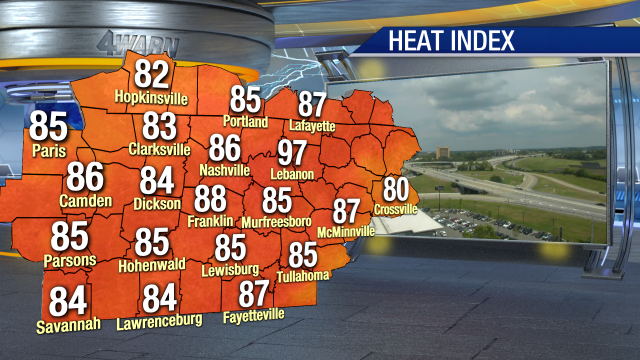 West of the Mid State, more energy and moisture were closing in from Missouri and Mississippi.  These two will get together along the I-40 corridor tonight in Tennessee and boost our rain chance and rain coverage. 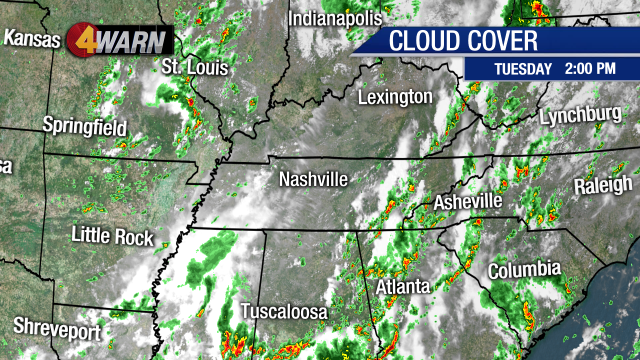 SO…with that said, expect coverage of showers and thunderstorms to actually increase overnight.  Downpours with some thunder and lightning are likely at times.  Severe weather is NOT likely though. 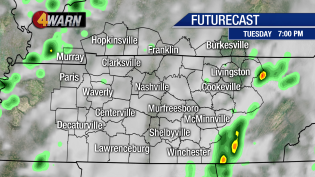 Temperatures tomorrow will be similar to today’s.

As the two systems approaching the Mid State referenced above begin to push out of Middle Tennessee tomorrow, rain will be initially concentrated along and east of I-65 before pushing even farther east by tomorrow evening. 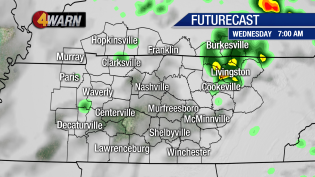 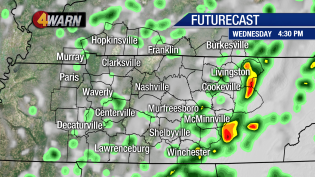 Watch Lisa Spencer this afternoon at 4pm.  She’ll break down the current status of the rain and heaviest downpours, and will show where their tracks will take them next.