Stormy at Times Tonight & On Tuesday

After a stormy Monday for many in Middle Tennessee, it looks like we’ll have a storm Tuesday as well!

Notice however that more storms lurk upstream over western Kentucky and Missouri. 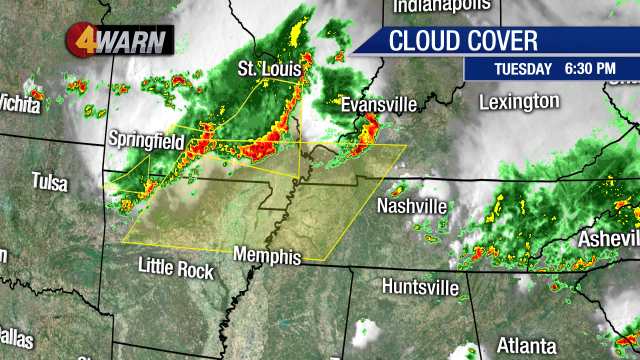 Those thunderstorms will enter Middle Tennessee and southwest Kentucky later tonight.  In advance, a Severe Thunderstorm Watch has been issued that remains in effect until 1am.

FUTURECAST shows how those storms will move through, in a couple of rounds.  Given the images below, don’t be surprised if you’re awoken overnight to heavy downpours, lightning, thunder, and some brief gusty wind. 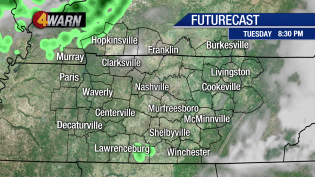 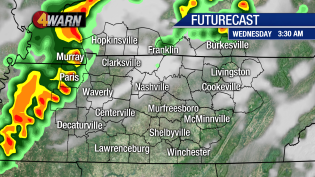 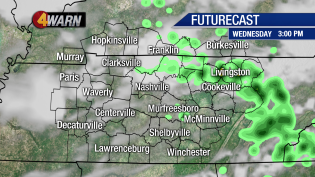 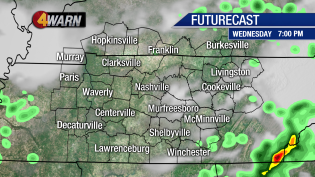 A storm or two could be severe overnight (due to high wind), but the vast majority will be just strong or garden variety.

Allow extra drive time in the morning if you’re able to to deal with slowdowns on the roads due to heavy rain that might be falling on your route.

Tomorrow, the spotty storms that we have develop could also become severe in some instances due to damaging wind.   By tomorrow evening, the weather will settle down quite a bit.

Watch Lisa Spencer tonight on News4 at 10pm.  She’ll have an updated view of the storms to our northwest as they approach your area.