Heavy Rain on the Way

Heavy rain’s on the way!  It’ll move in late tonight and linger into Thursday night or early Friday.

This morning however, it’s cloudy and mild….and windy, too.

Here’s the view downtown in Nashville as of 8am. 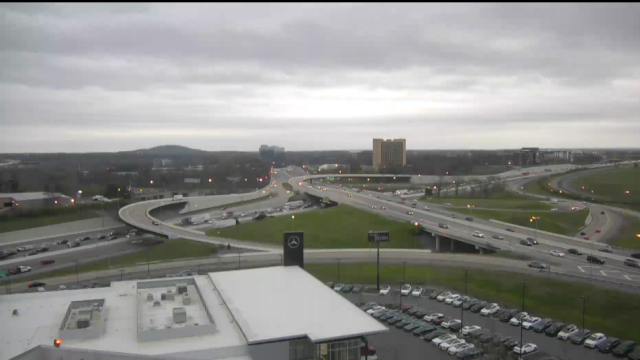 Notice how much cloudiness is approaching from the west.  While there WILL be some sunny breaks in spots today, don’t expect much in the way of sunshine until Friday afternoon.

Very heavy rain’s developing now over most of Oklahoma, spreading northeastward.  The axis of heaviest rain will gradually push eastward toward us, causing rain to arrive for most in Middle Tennessee tonight after midnight. 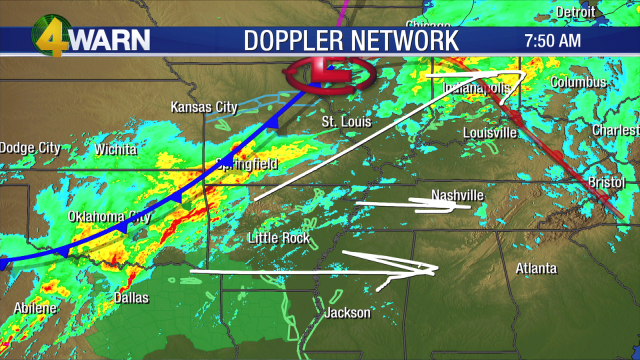 Notice how the bands of heavy rain move in quickly and pass through from time to time over the next two days. 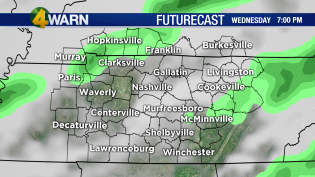 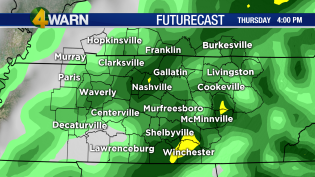 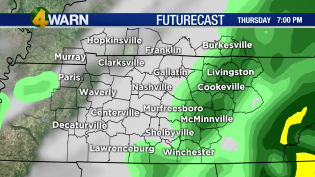 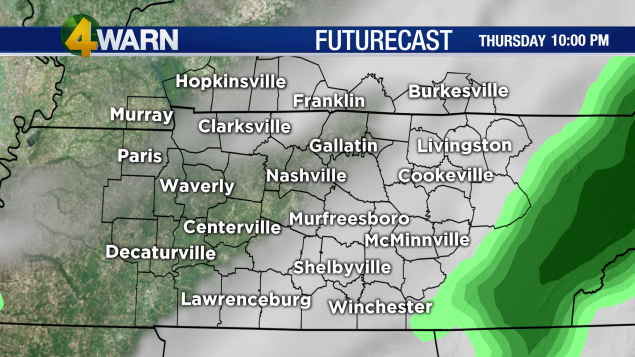 A few thunderstorms that develop could even become strong late Wednesday and early Thursday over southeasternmost Middle Tennessee.

In general, 2-4″ of rain will be likely with this system.

Watch later today on News 4.  I’ll join you at noon with a look at when and where flooding will be likely over the next few days.