It was a cool and breezy Tuesday.  The high only reached 64 degrees after dipping to 49° this morning. Showers are moving across the mid state this evening as a trough of low pressure passes by. A few areas even reported some small hail like Greenbriar, but nothing severe. The rain did result in some rainbows. You can see more rainbows photos in the photo gallery at wsmv.com 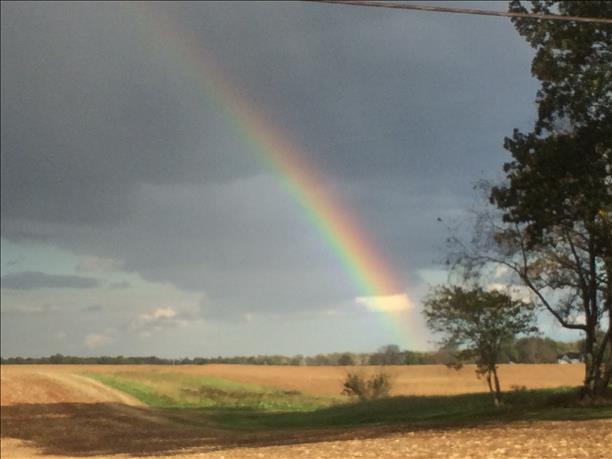 Tonight will be cold.  A Frost Advisory is in effect for overnight through tomorrow morning. It won’t be a widespread frost, but there will be some patches of frost mainly in low lying areas.

Lows will be in the mid to upper 30°s across Middle Tennessee. It will be enough to kill or damage some sensitive plants. Bring in plants or cover them up if you want to save them. Be prepared to scrap some frost of the windshield.

The cool crisp fall air sticks around tomorrow with a high only in the upper 50s.  Thursday will be beautiful with the afternoon high creeping up to the low 70s. Friday will be lovely as well with near average temperatures for October.  A front moves in late Friday that means a reinforcing shot of cold air for the weekend.

Lisa Spencer is the chief meteorologist at WSMV Channel 4 Nashville. You can catch her weathercasts weekdays at 4pm, 5pm, 6pm, 6:30pm and 10pm.
View all posts by Lisa Spencer →
This entry was posted in Uncategorized. Bookmark the permalink.
Loading Comments...
Comment
×
%d bloggers like this: