Not much change to the overall weather pattern over the next seven days — hazy, hot and humid weather will prevail through the middle of next week, with temperatures more typical of early August rather than late September.

The showers and storms that popped up this afternoon will fizzle out this evening, leaving us with warm and muggy conditions the rest of the night. Temperatures will drop to the upper 60s by early Thursday morning, with locally dense fog possible once again: 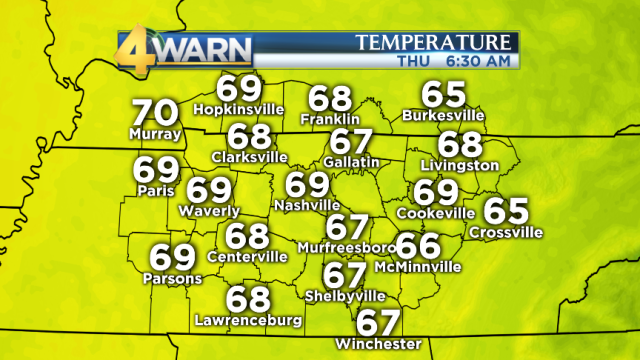 Hot and muggy on Thursday, but with a slightly better storm chance in the afternoon: There won’t be much organization to the shower activity — I certainly wouldn’t cancel anything, but just keep the umbrella stashed in the back seat of the car.  High temperatures will reach the upper 80s tomorrow afternoon: 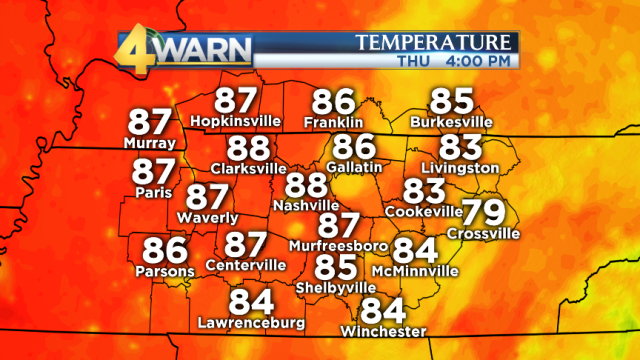 With the humidity it will feel more like the low 90s: 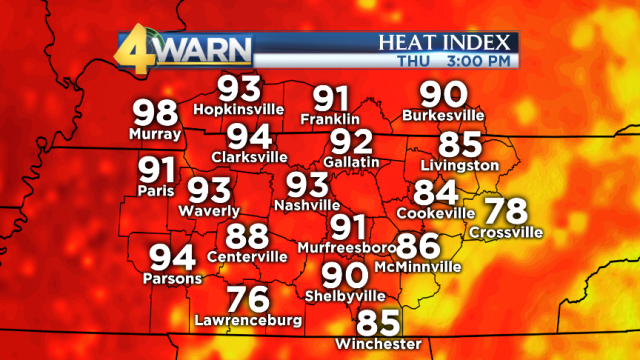 More of the same over the weekend and into early next week, with just a slight storm chance each day: 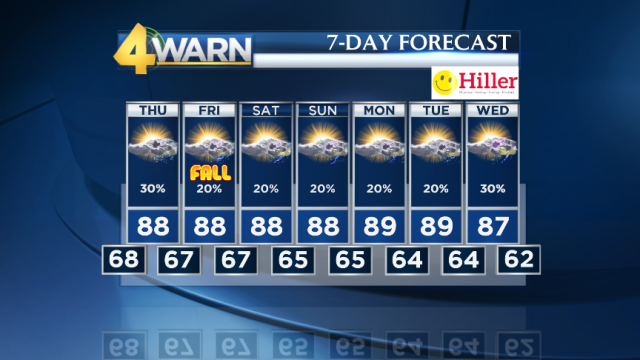 Our heat wave might break by the end of next week, but that’s a long way off at this point.

Now to the tropics…Tropical Storm Jose (downgraded today from a hurricane) is still swirling away off the coast of the northeastern United States: 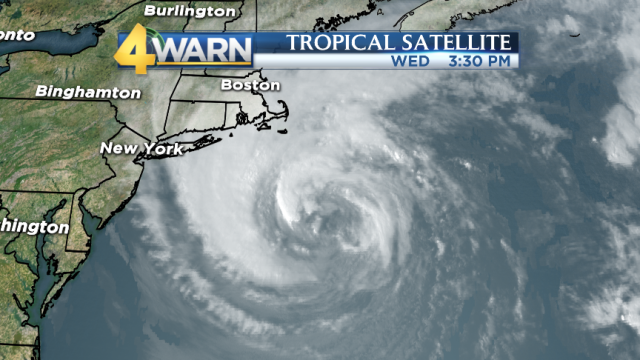 Jose will remain almost stationary for the next 2-3 days, and then the most likely scenario is that the storm will dissipate entirely.

Hurricane Maria is still chugging, after making landfall this morning in Puerto Rico as a Category Four hurricane — at landfall, Maria had 155 mph sustained winds.  The storm lost some organization as it passed over the island, but it’s still a dangerous Category Two storm with 110 mph sustained winds: 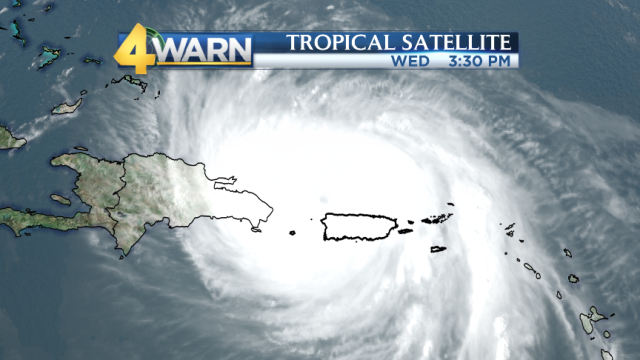 From here, Maria will re-strengthen and travel just east of the Turks and Caicos islands, then run parallel to the East Coast early next week: 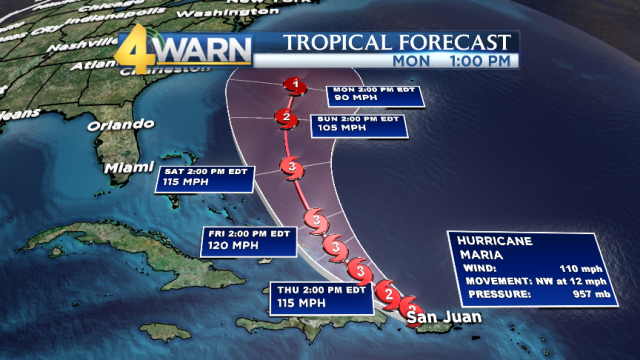 The “cone of uncertainty” is still WAY too close for comfort, especially along the Outer Banks of North Carolina.  In fact, a couple of the forecast models do bend Maria to the west for a U.S. landfall: 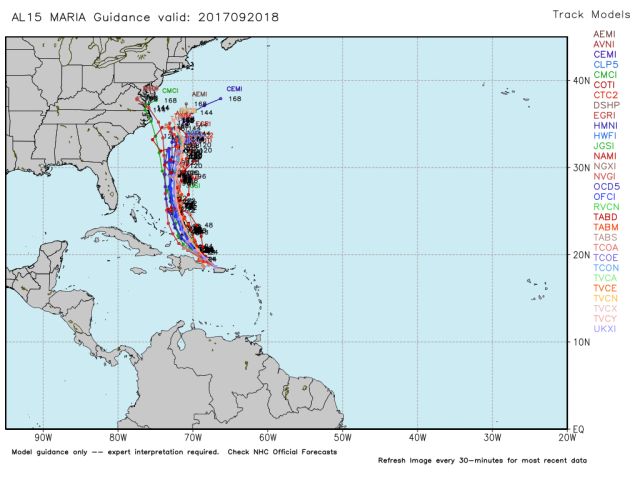 But at this point, the bulk of the model data keeps Maria’s center of circulation offshore.  Fingers crossed!

Morning meteorologist for WNCN-TV in Raleigh.
View all posts by paulheggen33 →
This entry was posted in Uncategorized and tagged daily forecast, Jose, links, Maria. Bookmark the permalink.
Loading Comments...
Comment
×
%d bloggers like this: