August 27: Latest On Harvey, The Week Ahead

The big national weather story is obviously still Tropical Storm Harvey (formerly Hurricane Harvey), and the unbelievable flooding problems the storm is causing in Texas.  Things aren’t going to get better for those folks any time soon — the National Hurricane Center’s forecast path for Harvey shows it backing up into the Gulf of Mexico over the next 24 hours, then making landfall again near Houston late Tuesday night: 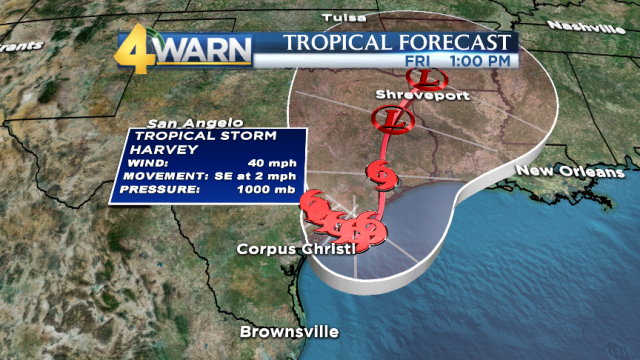 It’s unlikely that Harvey will strengthen into a hurricane again, but the amount of rain it’s going to produce will be staggering.  On top of the feet of rain that some locations have already received, the Weather Prediction Center (a division of NOAA) is forecasting another 20″+ of rainfall through this week:

Closer to home, we saw a few showers and thundershowers pop up this afternoon, but those will fizzle out quickly as the sun goes down this evening.  Temperatures tonight will drop into the upper 60s to around 70°: 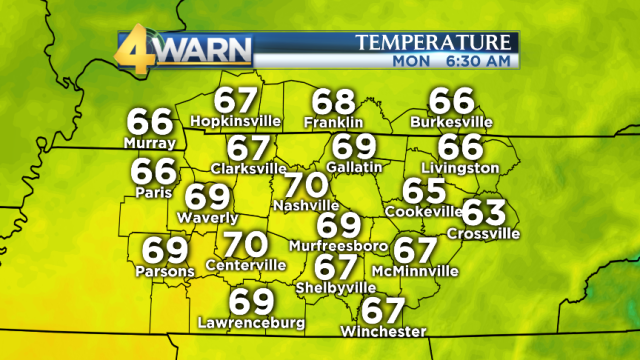 A better chance of scattered storms will develop on Monday, especially to the northwest of Nashville.  The RPM model shows that pattern, and shows the best chance of storms developing in the morning and continuing through early afternoon:

High temperatures on Monday will reach the low 80s in between the scattered showers and storms:

Mid 80s for highs Tuesday and Wednesday, with a spotty storm chance continuing: You may notice that the 7-day forecast looks a little different than it did yesterday, or even earlier today — the long-range models are trending toward bringing the remnants of  Harvey closer to us late this week.  The European model in particular is showing a soggy scenario Thursday, Friday and Saturday — the American GFS model isn’t on-board with that just yet, though: 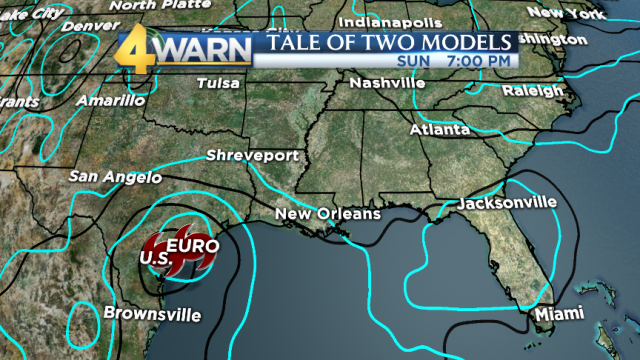 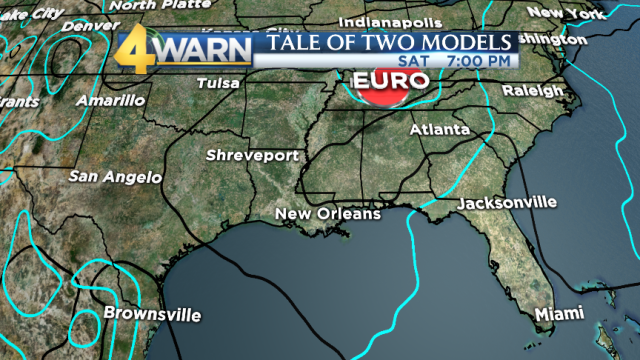 The European model is by far the superior product, but it’s not perfect either.  So while I’ve increased our storm chances and decreased our high temperature forecast late this week, it’s still far enough down the line for ample uncertainty.  Even if the remnants of Harvey track directly overhead, we won’t have to worry about the wind threat or the potential for several feet of rain.  But a wet start to Labor Day weekend isn’t probably what you’re hoping for.  We’ll be here to keep you updated throughout the week…