We’ve reached the end of June, which means we’re at the time of year when the general forecast is pretty simple: hot and muggy, chance of storms.

But when you have outdoor plans, especially over a holiday weekend, you want to know exactly when the storms will develop, and where they’re most likely.  And that’s where things get…complicated.

So while I’m going to give you my best estimate as to the details of the forecast, keep in mind that the weather is mercurial this time of year.

A warm and muggy morning will give way to a hot and muggy afternoon, with high temperatures near 90° once the sun breaks through the clouds:

The best chance of showers this morning is staying to the southeast of Nashville.  Everyone will see a chance of spotty storms this afternoon, as shown by the HRRR model’s radar simulation:

That loop also shows stronger storms approaching from the west late this afternoon, but fizzling as they move in.  That’s officially the point at which the forecast becomes:

Because either those storms will hold together more than the models think, OR more storms will make a run toward us late this evening and overnight.  Either way, a few of those storms could prompt severe thunderstorm warnings, but in general they’ll be weakening after dark.  The Storm Prediction Center has kept the “Slight Risk” (level 2 of 5) for severe weather to our northwest, with a “Marginal Risk” (level 1 of 5) closer to home:

Tomorrow is looking like the wettest day of the holiday weekend, but that doesn’t mean it will be a washout, either.  Showers and thunderstorms will be possible at any point throughout the day Saturday, so have an indoor alternative for outdoor plans.  The upper-level flow in the atmosphere will be out of the northwest…there’s a cliche in the meteorological community: “Northwest flow, weatherman’s woe.”  The short-range forecast models don’t handle this pattern well AT ALL — so while I think our best chance of storms will be in the afternoon and early evening, my confidence in that statement is at this level:

A few storms could also be strong tomorrow — once again, we’re under a Marginal Risk: 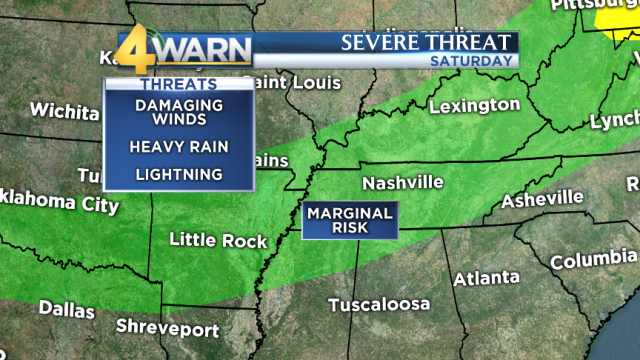 We’ll mostly dry out Sunday and Monday, then scattered storms return for the Fourth of July, mainly in the afternoon.  I’m cautiously optimistic that the weather will be mostly favorable for fireworks displays on Independence Day — but it’s several days off, so that forecast could go in either direction:

After the holiday weekend, our weather will remain unsettled — close to a 50-50 chance Wednesday and Thursday, but still hot and muggy in between the storms:

Morning meteorologist for WNCN-TV in Raleigh.
View all posts by paulheggen33 →
This entry was posted in Uncategorized and tagged daily forecast, Fourth of July, links. Bookmark the permalink.

1 Response to June 30: Looking Ahead To July, Daily Links