The heat returned yesterday, and the humidity will return today.  That means our high temperatures in the upper 80s… 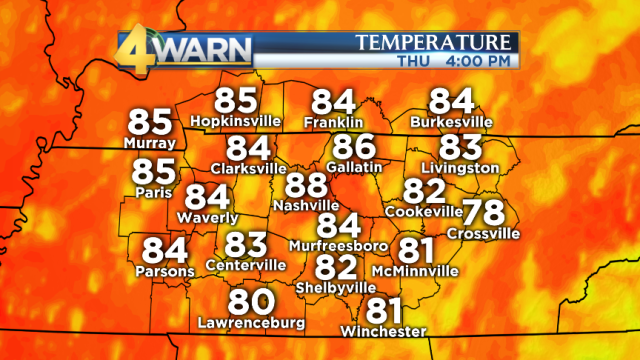 …and it also means we’ll see a chance of spotty storms this afternoon.  The HRRR model’s radar simulation shows a hit-or-miss pattern, with the best chance of storms in southern Middle Tennessee this afternoon:

A very similar pattern tomorrow, but a slightly higher rain chance overall — we’ll turn to the RPM model’s radar simulation to show that: 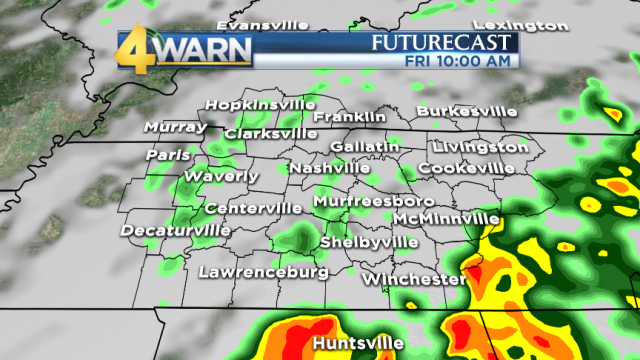 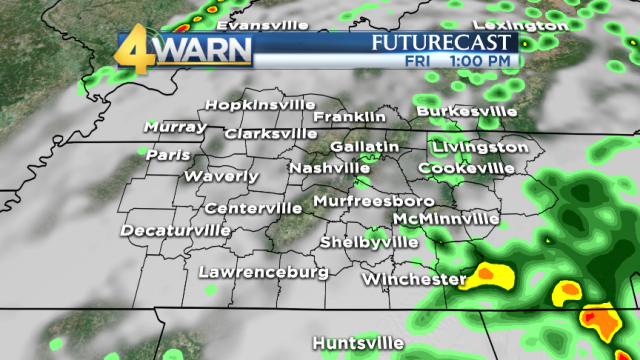 The best chance of rain for most of Friday will be to the south and east of Nashville, but some storms could make a run toward the metro area from the northwest by early evening.  Temperatures might be a degree or so cooler, but you won’t be able to tell much of a difference: 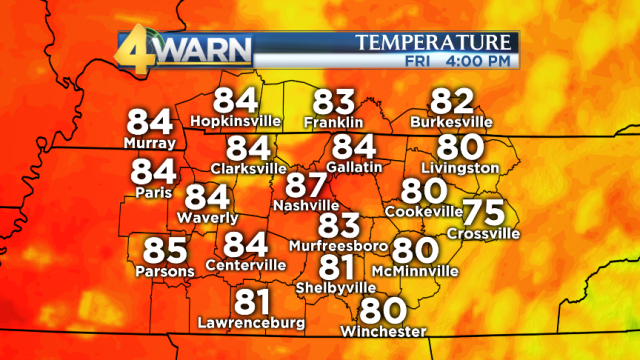 A better chance of rain for everyone is in the forecast by Friday night and Saturday, including an chance of some stronger storms.  The Storm Prediction Center has outlined a “Marginal Risk” (level 1 of 5) for severe weather, with damaging winds the main threat:

Unfortunately, the model data is still all over the place when it comes to the timing of those storms.  Have an indoor alternative in mind for outdoor plans at any point on Saturday — my hunch is that the storm chances will shift to the south by Saturday evening, but that’s just much speculation as science at this point.

We’ll dry out for the most part on Sunday, before a chance of scattered storms gradually returns to the forecast Monday and Tuesday:

It’s still too early to tell if we’ll have to deal with rain for fireworks displays on the Fourth of July — with this type of pattern, the storms usually fade out around and just after sunset.  High temperatures will top out around or above 90° Sunday, Monday and Tuesday.

Morning meteorologist for WNCN-TV in Raleigh.
View all posts by paulheggen33 →
This entry was posted in Uncategorized and tagged daily forecast, links. Bookmark the permalink.